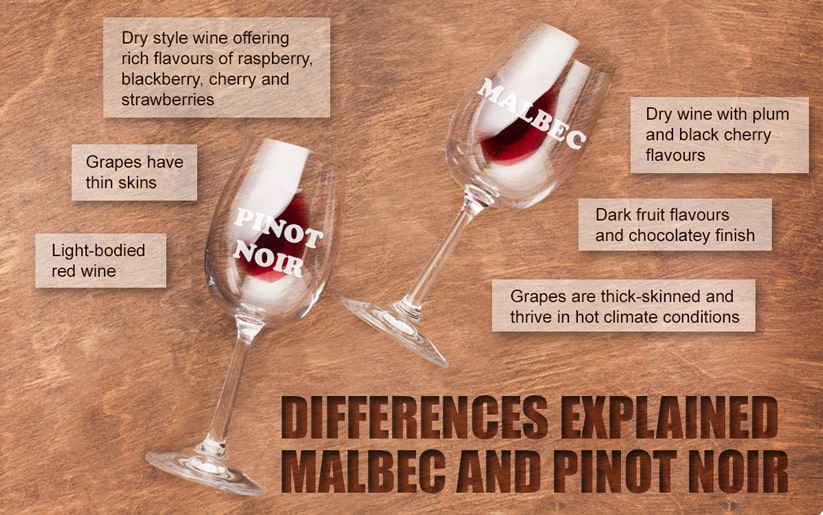 Malbec and Pinot Noir, two red grape varieties both originating from the Bordeaux region of France. Irrespective of the same birthplace, they sit quite apart owing to the unique characteristics—colour, body, aromas, fragrances… In this blog post, Malbec vs Pinot Noir, we’ve briefly explained the differences between these two. History Beginning with Malbec, it’s a […]

Malbec and Pinot Noir, two red grape varieties both originating from the Bordeaux region of France. Irrespective of the same birthplace, they sit quite apart owing to the unique characteristics—colour, body, aromas, fragrances… In this blog post, Malbec vs Pinot Noir, we’ve briefly explained the differences between these two.

History
Beginning with Malbec, it’s a natural cross between Prunelard and Magdeleine des Charentes. Also known as Côt in France, it was once the most-planted varieties over there. However, it lost its popularity in 1956 when frost wiped out 75% of the crops. With years gone by, the variety eventually found its home in Argentina which has now become its largest producer.
Coming to the other grape, Pinot Noir, it might surprise you that it has been into existence for over 2000 years. As observed by experts, it has shown a tendency to mutate, resulting in the production of clones like Pinot Blanc, Pinot Gris, Pinot Munier etc. Up to the date, 40 different clones of Pinot Noir have been identified by ENTRAV-INRA, the French government agency.

Grapes
Malbec grapes are susceptible to coulure and frost—the prime reason for its downfall in France. Now, it’s widely produced in Argentina in different styles. While the southern part is famous for supple and thin-skinned Malbec, north Argentina is known for thick-skinned & concentrated grapes used in making of highly-priced wines. Pinot Noir, on the other hand, is a terroir-reflective variety which shows unique characteristics when produced in different parts of the world.

Characteristics
The former, Malbec, is generally produced as a full-bodied red showcasing a unique and beautiful opaque purple colour with bright Magenta rim. Upon taking a sip, you may sense red plums, blackberries, cocoa, vanilla and sweet tobacco with medium acidity. The latter, on the contrary, is a light- to medium-bodied wine revealing flavours and aromas of cherry, raspberry, clove, mushroom and hibiscus with medium to high acidity.

Wine Styles
Malbec—In France, it’s popularly produced in the Cahors region as a varietal wine. Not as popular at its birthplace, Bordeaux, there it is generally blended with the 5 top varieties grown. Argentina, however, has outnumbered the two, owing to 84% of the harvest worldwide. In Australia and NZ, it’s often blended with Merlot resulting in a soft, fruit-forward wine.
Pinot Noir—Generally crafted as still red wines across the globe, this grape variety is also used for sparkling wines. It’s blended with Chardonnay and Pinot Munier for the world-famous Champagne. This increased the popularity of Pinot Chardonnay blend for sparkling wines in other countries too.

Malbec vs Pinot Noir—which one would you prefer? 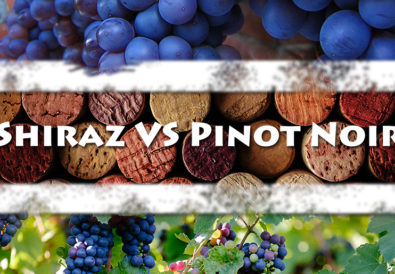 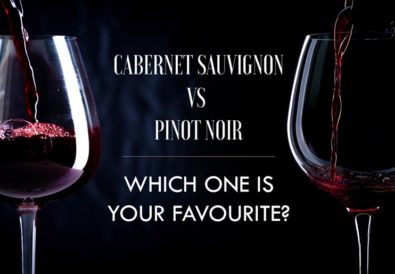 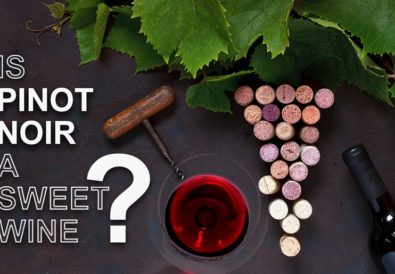